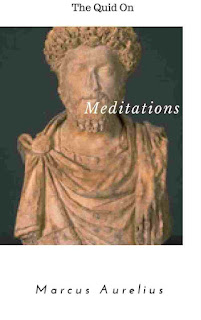 Originally written in Greek by the Roman Emperor Marcus Aurelius, the book provides insights on tackling the challenges one comes across in life. The philosophy of stoicism underlines this work, which essentially enshrines the development of self-control and endurance as the solutions to deal with antagonistic emotions.

Marcus Aurelius Antonius Augustus, often referred to as The Wise, was the Emperor of the Roman Empire from 161 AD till his death in 180 AD. Considered as the last of the “Five Good Emperors”, he was a staunch believer in stoic philosophy, being fond of Plato. Faced with a series of invasions and rebellions, Marcus’ life was stained by several tragedies, including the loss of his parents at an early age, the loss of his brother Verus, the passing away of his wife Faustina, many of his children who died young, all of which led him to develop a stoic approach towards life.

What should you expect? Learn to master the art of forbearance in the face of crisis…

Considered widely as one of the best works in philosophy, Meditations by Marcus Aurelius intends to guide the reader to lead a life following a set of moral and ethical guidelines. The world, according to the Stoics has been built rationally, and is directed and governed by an all-powerful and all-pervading force called the logos, almost synonymous with God. Logos is present everywhere, in inanimate as well as animate objects.

Marcus Aurelius epitomized Plato's concept of a Philosopher King. This work is a collection of 12 books he wrote in which he draws from Stoic philosophy to formulate a self-help book par excellence. Meditations will help you to make sense of the world.

After reading this book, you will:

Posted by Quiddity at 9:12 PM No comments:

The Wealth of Nations 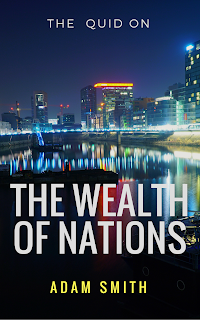 Preview
An Enquiry into the nature and causes of the wealth of nations, often known by its shorter name The Wealth of Nations, is the seminal work of Adam Smith. Published in 1776, it is perhaps the most well-known book in classical economics and influenced economists and policymakers across the globe. The book is a critique of the mercantile system that governed economic policy in Great Britain during Smith's time. The text throws light upon topics such as: the division of labour, productivity, free markets, and the mercantile system.

About the Author
Adam Smith is one of the most well-known economists of all time. He is considered to be the founder of the free market economy. His magnum opus The Wealth of Nations still remains one of the most influential works of classical economics. He has also written The Theory of Moral Sentiments, a retelling of which in the form of the book How Adam Smith can change Your Life, is available on Quiddity.

The Big Idea: Let the invisible hand guide you through the maze of classical economics.
In this book, the second work of Adam Smith, he investigates why certain countries have more wealth than others. In doing so, Smith presents a framework, which is now seen as a part of the modern economic theory.  This framework, glorifying free trade and free-market capitalism with minimum intervention of the government, stayed relevant till the coming of the Great Depression when Keynesian economics replaced Classical economics. Even now, several of his principles remain important in the study of economics, and it remains a must-read for all students of economics.

In this book, you will learn:
·         Why the division of labour is essential for increased efficiency
·         Self Interest is best for the interest of the society
·         What the primary functions of the Sovereign are

To read or listen to the key insights from this book, download Quiddity on your smartphone and enjoy key insights and takeaways from hundreds of nonfiction books.
Posted by Quiddity at 3:05 AM No comments:

Get more out of reading


Books have been considered to be one of the most hallowed ways to gain knowledge. It follows logically that the more you read, the more knowledgeable you would become. Well, it really depends on what you are getting out of your reading. When reading nonfiction books, one's motive is to gain more knowledge about the world. As such, it makes more sense to see reading nonfiction as an exercise to sharpen your mind and become more aware. Most nonfiction books are woven around central ideas. If you can get a grip on the main ideas which a book talks about, you will be able to get more out of reading. Quiddity offers a great way to do just this. Get the key insights and takeaways from the best nonfiction books and discover what to read. Available on Google Play and the App Store .
Posted by Quiddity at 10:56 PM No comments: